Friends. I have two pieces of music news.

Today I release 'WORLD EATER RE-VOXED’. A digital only EP released through SACRED BONES featuring four remixes of material from last year’s album WORLD EATER. Remixes on the EP come in from my friends ZOLA JESUS, GAZELLE TWIN, NAKED and M. LAMAR. These remixes also all have vocals added by each artist in effect making them new collaborative tracks. They are quite delicious. 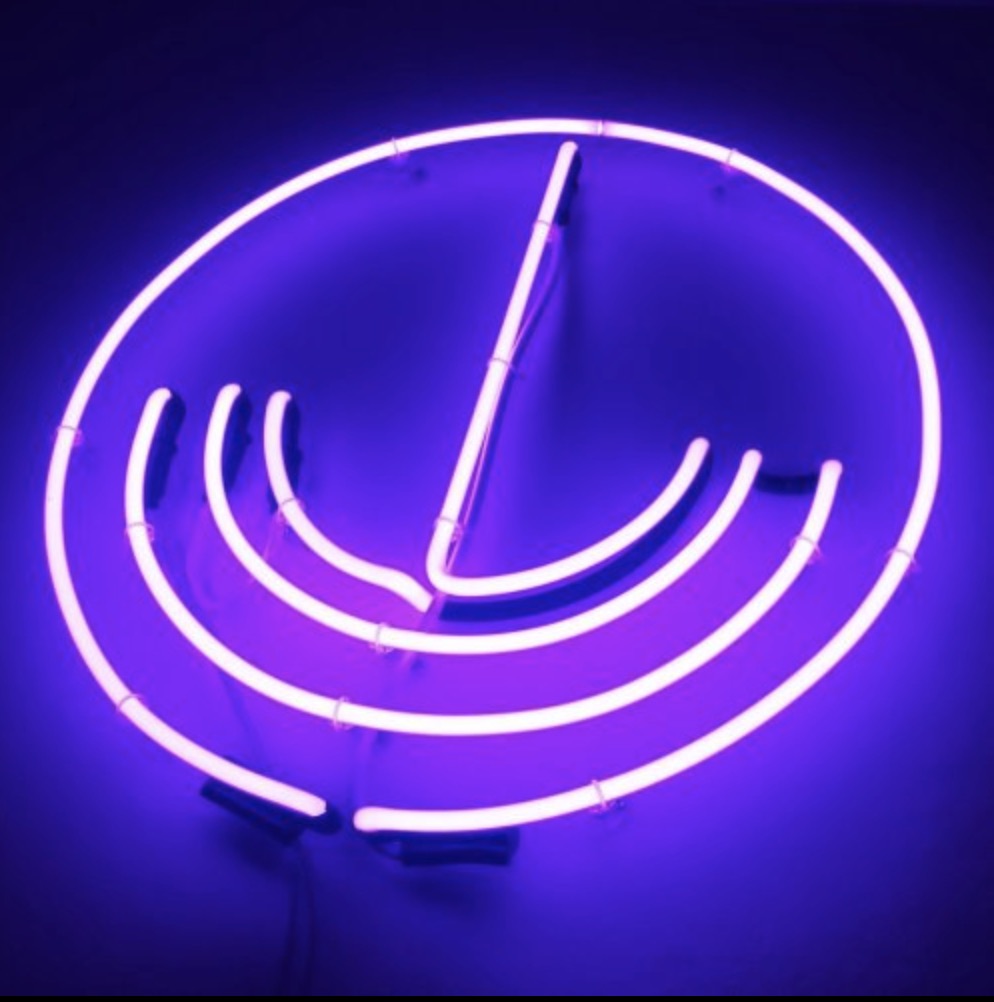 It’s already available to buy and HERE through Sacred Bones and Bandcamp HERE, if you’re game.

ALSO, I have more new music coming out in the form of the 'ODD SCENE/ SHIT LUCK’ 12" which will be available for Record Store Day UK, Saturday 21st April 2018.

These are two new Blanck Mass tracks that I wrote and recorded over a few days in January 2018 that will be limited to 1000 copies and once they’re gone, they’re gone. Available from most decent record shops that participate in the whole thing. Artwork below. 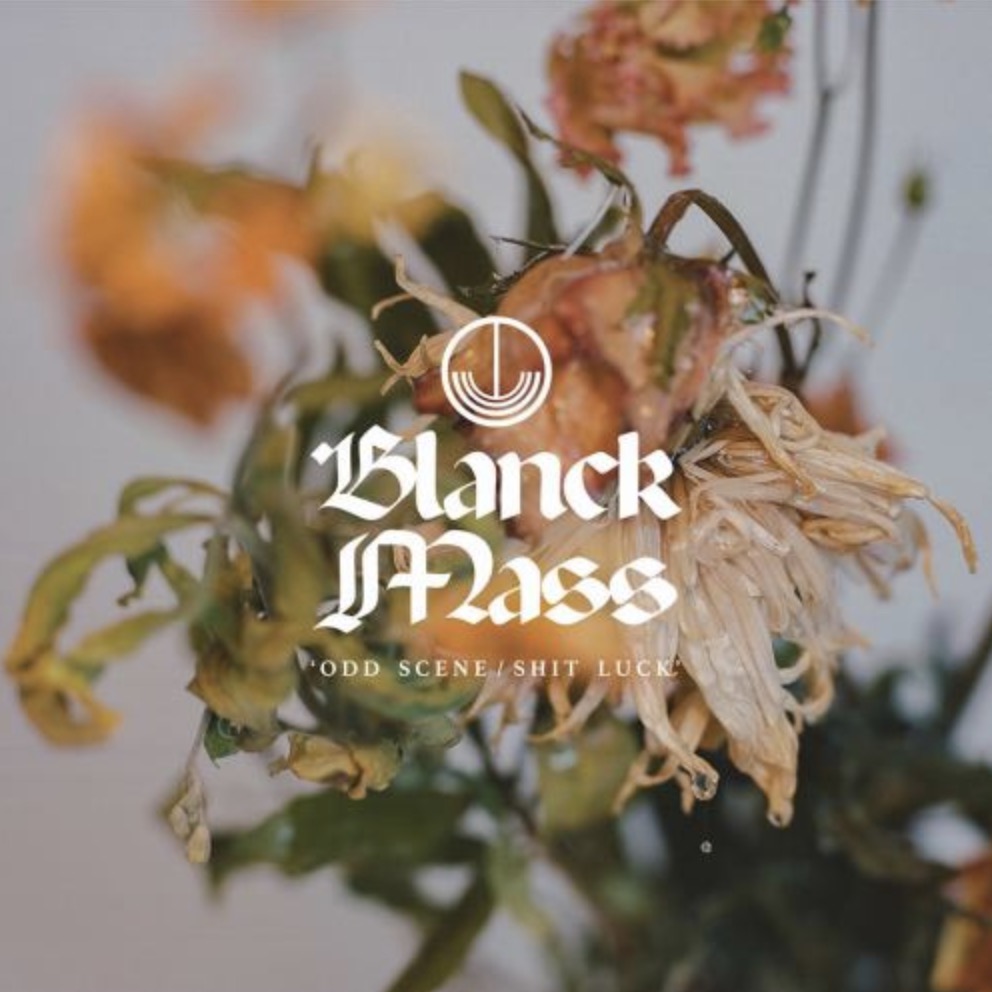 In usual R.S.D style fashion you’ll have to get in there quickly.

That’s it for now. 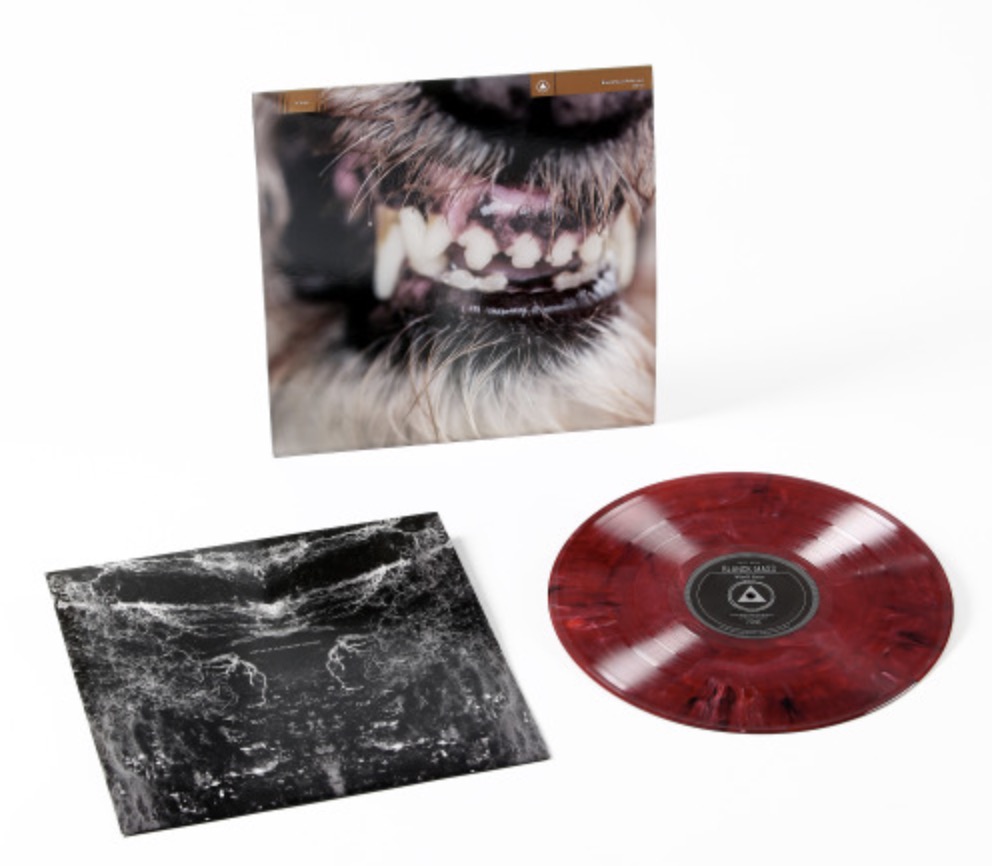 People. It’s with great pleasure that I announce to you the 3rd Blanck Mass LP ‘World Eater’. This was a real journey, so I hope you get some solid satisfaction out of it. It’s coming out once again through my family at Sacred Bones Records, and is out in full on March 3rd 2017. Below is the artwork - 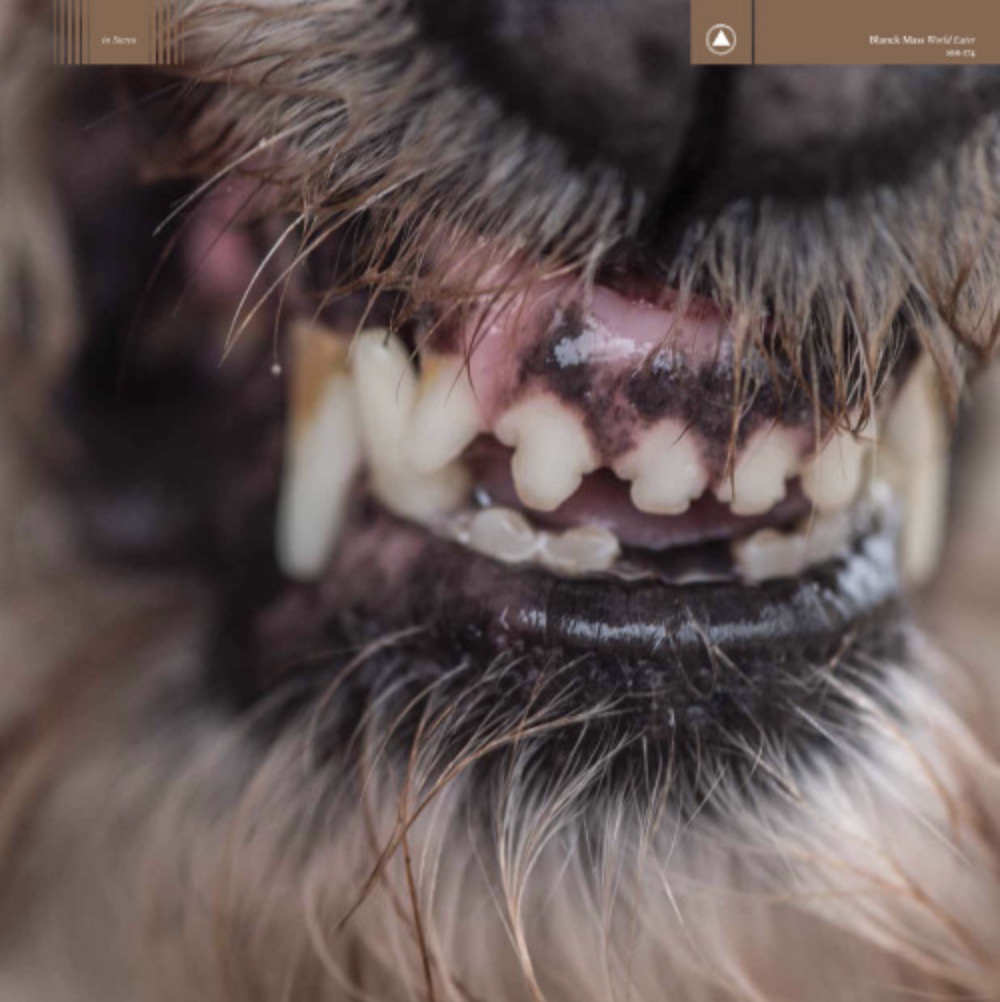 To kick proceedings off, I’m streaming the lead track ‘Please’ just a few lines down. It’s available for instant download and you can pre-order the LP on ltd. Black and Red marble vinyl from the webstore HERE. Digital on ITunes HERE and Bandcamp HERE

Pleased to announce I am releasing a very ltd. 12" single of my recent single ‘D7-D5’. It out on my own imprint RICHTER SOUND and is ltd. to 500 copies.

The B side has this extremely attractive etching on it 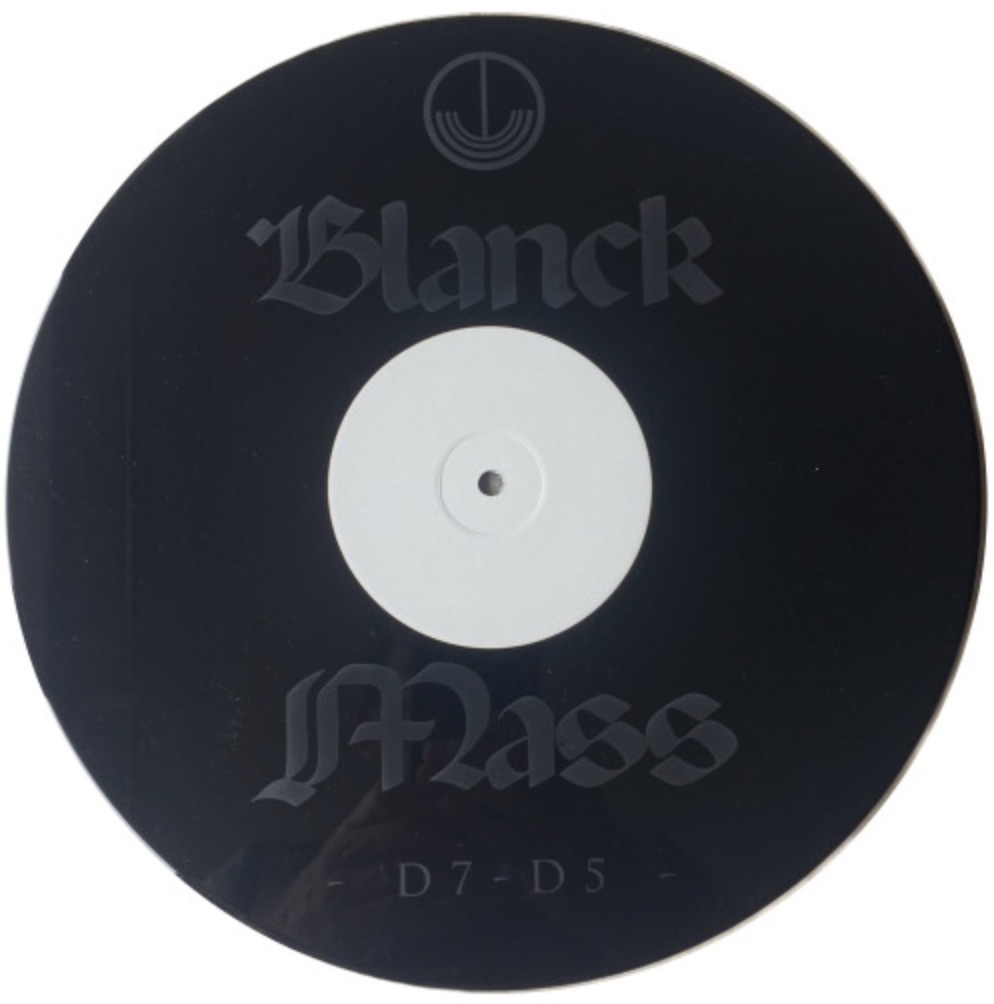 Be excellent to each other, 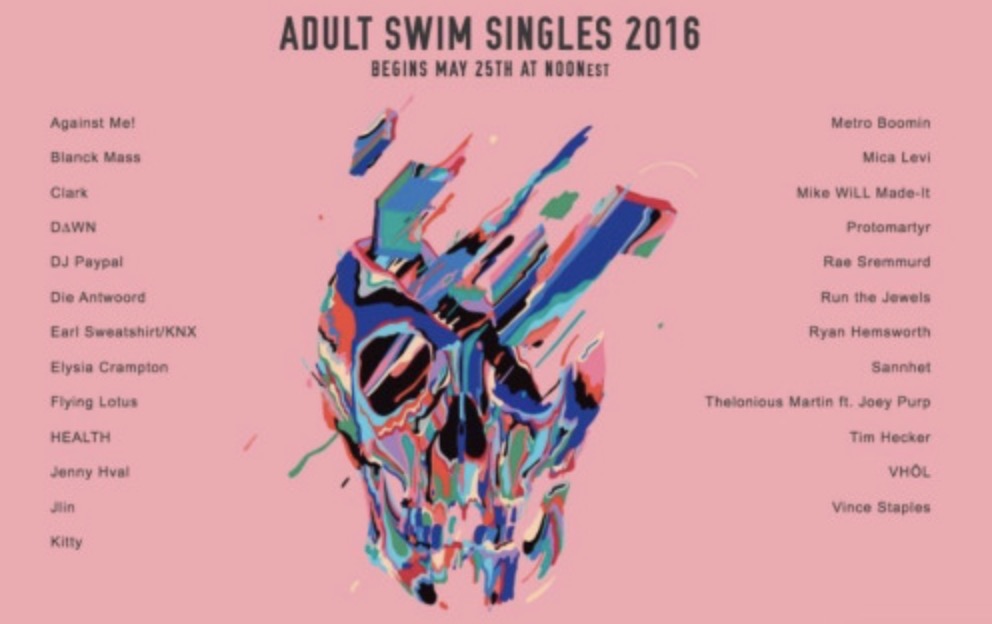 Easy now. Just today I released new track ’D7-D5’ as part of the 2016 Adult Swim Singles Club. Very pleased to be a part of this. It’s streaming now over at the Adult Swim website so you can go and listen and they’re also selling ltd. prints and tees for the accompanying artwork. Nice touch.

Also, to coincide, my good friend Jake McGowan has made a video, which you can stream right here >

I’ve just announced another handful of shows for this year’s ongoing tour in Scotland, Switzerland, Denmark, Finland, Sweden, Wales & England. As per usual, keep on checking back in as dates are being added all the time and being discussed even as you read this. 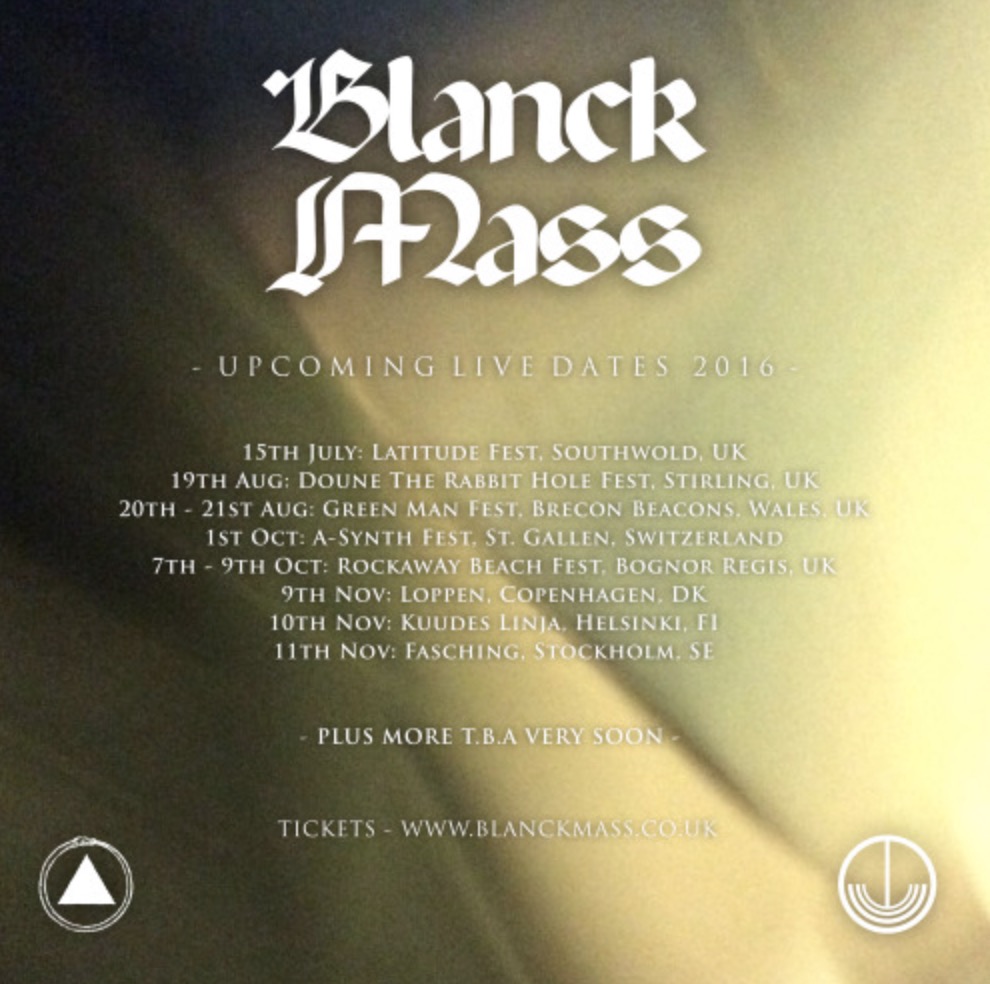 I hope to see you at one of the shows.

Secondly, I’ve just added a bunch of new shit to the BLANCK MASS ONLINE SHOP, like ‘The Great Confuso EP’ which there are just a few of left, and the ‘White Math/ Polymorph EP’. There are also a few of the old tee designs plus the latest ltd. edition ’BLANCK METAL’ tees. Get ‘em while they’re hot.